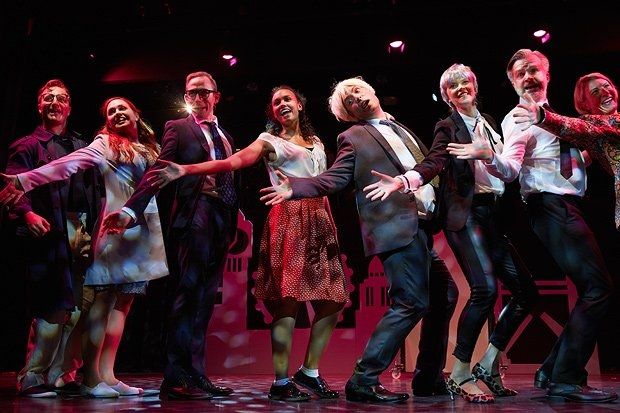 I finally got it!. I got the ticket to see Brexit the Musical, a play that has had rave reviews.
I did not have to read between lines, everything was on stage.
Brexit the Musical is a pantomime of Tory politicians in office during these Brexit times, backed non/stop by a brilliant orchestra of seven musicians. Eight characters in a wild goose chase for a plan, a plan to implement Brexit in the U.K.
A leather trouser and leopard shoe wearing Theresa May angry with an utterly useless Chancellor, Boris Johnson, the person directly responsable for Brexit, in Union Jack pants.
We start with David Cameron and Mrs. Cameron, May, Johnson and Jeremy Corbyn singing , democracy, democracy, to thee laughter of the audience.
It is worth going to Adam House with to shows a day completely sold out. Maybe you ll be as lucky as I have been.
This year s Fringe has 9 shows about Brexit and Trump and from here I Seend to the artists a break a leg in this ninety years old Fringe and Edinburgh festival.